To Grow or Not to Grow; That is the Question 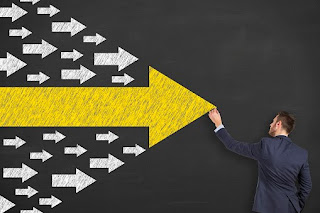 Booster Juice started off in 1999 as a one-store operation with a lot of questions about whether it would burn out as a fad. Their product was a juice smoothie (a fruit, vegetable, or plant-based drink shake). However, by 2016, Booster Juice had over 330 stores across Canada, and they are now looking at entering the U.S. market for even more expansion. How did this company go from one small outfit to a mega corporation franchise, and what did Booster Juice's management do right to maintain growth successfully?

Dale Wishewan, Booster Juice's owner, was a mechanical engineer by training, being naturally geared to decisions based on analysis. However, he also realized that just running a business by not taking any risks or having the cash on hand to pay for those risks, was never going to produce fast, exponential growth.

A Path for Growth

So, Wishewan settled early on franchising. The franchise decentralization of daily work and keeping an eye on the big picture kept Wishewan and Booster Juice on track. However, the fact that the daily store management was placed with franchisees who had "skin in the game" also meant that Wishewan didn't have to worry about the loss of loyalty or control.

The above said, Wishewan still avoided high risk markets, especially overseas like China or South America. While these emerging market venues seemed to offer faster growth, the risk level was higher with control issues. Distance and language also presented major management hurdles as well. So, Wishewan wisely turned down those markets to continue growing in Canada alone. It was a smart decision proven by Booster Juice's metrics and profit figures.

It's All About the Plan

Scaling up is as much about planning and strategy as it is understanding one's current capability and cash flow. There is no one aspect of business an owner or manager focuses on; it's a multi-faceted challenge to meet the increased sales demand promptly and plan logistics correctly while not ending up going bankrupt in the process. As was seen in the above franchise example, not every opportunity was pursued. The business owners had to do some hard research and probability testing to determine which markets were their best choices for solid growth versus high risk and potential failure. By doing so, they avoided common mistakes in fast growth, such as over-commitment and unreasonable sales targets in the process.

Have an Objective Perspective

Exponential expansion can seem alluring, even addictive. After all, with accrual accounting, things can look pretty rosy for a business once projected sales are included in the numbers, and they're boosting the revenue side of the accounting reports. However, cash is the killer that brings back reality like a bucket of cold water in the face. When payroll, supplies, liabilities, loans and leveraging can't be paid timely because the projected sales haven't materialized yet, a company can fold very quickly, even within a thirty to forty-five day time cycle, just from lack of cash. Ideally, a business should have sufficient resources to take on extra growth, but that's not how real business works. Risk and taking logistical bets are common which makes planning wisely crucial to not betting the farm on "maybe" revenue.

Wishewan and Booster Juice provide a clear example of why, even with positive growth, a business owner or leader has to judge ventures carefully before jumping in. Sometimes some revenue opportunities do need to be passed up to stay successful overall.