Mutual Respect: The Secret Ingredient When It Comes to Managing Employees 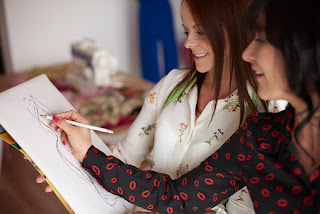 Many business leaders are still operating under the mistaken impression that the key ingredient to managing employees involves learning how to delegate responsibility. So long as you tell the right people to complete the right tasks, your business should pretty much run itself, right?

You can't just demand that your employees dedicate a huge part of their waking days to helping you accomplish your own professional goals. They have to want it. You can't buy it, either - high salaries and competitive benefits help, but they'll only ultimately carry you so far.

So how do you make not only managing employees easier than ever, but also turn them into true, loyal team members instead of passive subordinates at the same time?

The answer is simple: mutual respect.

What is Mutual Respect?

The most important idea to understand about mutual respect is that you're dealing with a two-way street. You can't force someone to respect you just because you happen to be their boss or because your name is on the door. You have to earn it. You have to show them that you're worthy of it.

However, generating mutual respect isn't as easy as flipping a light switch. It involves a lot of small things that eventually add up to a pretty significant whole. It's about being genuine in your interactions with employees. It's about going out of your way to do the right thing and recognize a job well done. It's about making sure that all employees, regardless of position, have an equal voice in all decisions that affect them. It's about taking the time to show an employee that those eight hours they spend in the office on a Sunday didn't go unnoticed. That they were appreciated. That you wouldn't be where you are without them.

What Mutual Respect Means in the Long Run

If you're able to foster an environment where mutual respect occurs organically, you'll begin to feel a wide range of different benefits almost immediately. Mutual respect means that an employee is willing to put in a little extra effort and work harder because they know that you appreciate what they do and that you would be willing to do the same if the situation was reversed. Mutual respect means that if you do make a mistake, an employee is going to give you the benefit of the doubt because it's the same courtesy you've afforded them in the past.

Mutual respect also means that all employees understand and even believe that they have an equal voice. They don't feel like they work FOR you, they feel like they work WITH you - because you feel the exact same way. Even when a conflict does arise, it never gets heated or even contentious because people who respect each other don't argue and fight over issues, they discuss them like civilized adults.

These are some of the many reasons why mutual respect is the secret ingredient when it comes to managing employees. Creating a workplace where mutual respect is encouraged creates a "trickle down" effect almost immediately - conflict management is easier, collaboration is more efficient, and even the types of personality or cultural differences that stood to divide employees in the past only work to bring them together.

Mutual respect allows everyone to come to the simple yet important realization that at the end of the day, you're all part of the same team.
Posted by Mike at 5:41 AM