Building Anticipation for a New Product or Service Through Marketing 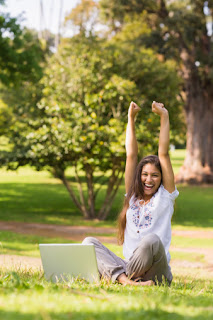 Marketing materials that you put out into the world aren't just a great way to introduce a new product or service to your target audience. If done properly, they can also be an invaluable way to create a huge amount of buzz and anticipation surrounding an upcoming product or service launch. That can then translate into increased sales when it is eventually ready for release. By keeping just a few, key things in mind, you can use hype to your advantage and build the type of momentum that most businesses can only dream of.

Master the Art of the Tease

One of the major lessons to be learned about building anticipation for a new product or service through marketing is to master the concept of teasing. If you were still a year out from the launch of a new product, for example, you wouldn't necessarily want to send out a mailer detailing all of that product's functions right away. Not only do you not want to "give the game away" just yet, so to speak, but a year is an incredibly long time in the world of business. Things can change, so you don't want to lock yourself into something that you may end up dropping down the road anyway.

Instead, you can send out a mailer talking about the exciting new product that is on the horizon and detail all of the hard work that you're putting into it. Instead of talking about what it specifically does, talk about the problem in your customers' lives that it is designed to solve. Talk about the overarching goal of the product in a way that both gets people excited and makes them want to learn more.

It's About Steady Updates

Another major technique to make use of when building anticipation is to check in periodically with your customers prior to launch. You wouldn't want to send out a mailer teasing your product and then not check in again until it's ready to launch. You would want to send out materials two, three, or even four times during the year, revealing larger bits of information each time. Not only does this give you a chance to build the hype surrounding your product or service a little more each time, but it also helps to keep it in the forefront of a customer's mind - even though it isn't released yet. Not only will your customers have a higher level of anticipation, but they also won't have a chance to forget about what you're up to.

If you want to take a master class in building anticipation through marketing, look no farther than movie trailers. Every Hollywood blockbuster usually follows the same format when it comes to their previews. First, roughly a year from release, a teaser trailer makes its appearance. This preview is usually around a minute in length, gives away virtually none of the plot and really just broadcasts the look or spirit of the movie. Six or so months later a longer, full trailer is released, which is usually about two minutes. This expands on the promise of the teaser, gives a way a bit more of the plot, but still leaves a lot to the imagination. A final trailer is released in the weeks before the movie itself, which is usually around three minutes and not only lets you know exactly what the plot will be, but also showcases amazing images that you immediately need to see more of. Building anticipation is all about escalation and Hollywood seems to have created a formula that works wonders, regardless of the type of business that you're in.

Marketing is one of the best tools that you have to not only announce a new product or service to the world, but to build the type of anticipation that always translates to increased sales.
Posted by Mike at 4:20 AM