The Re-Branding of Curious George 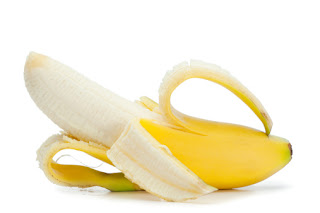 Many people are unaware of the origins of Curious George. For the youngsters who love the books and TV show today, George is just an adorable little monkey who happens to live with a man in a yellow hat. The children watch as George gets himself into all kinds of trouble, learning along with him how to problem solve.

The stories didn't begin that way, though.

When the very first Curious George stories came out back in the 1940s, George was a monkey who had lived in Africa. The man with the yellow hat tricked George into coming out of hiding by playing on his curiosity. He originally planned to take George back to Europe and put him in the zoo. Instead, the two began to develop a relationship.

It's interesting to note the prevailing opinions of the time. Many people looked at explorers who went into the jungle as heroes. They wouldn't have had as many negative associations with an explorer kidnapping a monkey from the jungle as we would today.

The new books that children read today came out in the 1990s. These later books don't really talk about how George came to live with the man in the yellow hat. The authors of these later books, which are modeled after the original books, focus on George's curiosity and how he manages to solve his problems. The authors of the newer books recognized that people today wouldn't appreciate the story of the man with the yellow hat kidnapping George from the jungle.

When the newer books and television series first came out, the authors focused on creating a fun story centered around a lovable monkey and the trouble he could create. Rather than focus on how the monkey and the man with the yellow hat came together, they just developed an entertaining story focused around the present.

You could say this was a re-branding of Curious George -- and it was a complete success.

Successfully framing your company for success

When you set out to market your company to your customers, you must understand your audience and what they seek. The new audience of preschoolers in the 1990s and 2000s wanted an entertaining character without the baggage that came with the original, so that's what the authors delivered.

Similarly, you should familiarize yourself with your customers enough to predict what's going to resonate most with them. Use this to guide your marketing and re-branding efforts. Audiences might change over the years, particularly if your company's been around for several decades, so don't be afraid to shed parts of your original message and add in something new if it will help you reach your customers.

When it comes to advertising, nothing matters more than understanding your audience. Those familiar with the saga of Curious George will find the comparisons between the popular monkey and the marketing campaigns of evolving companies intriguing. If you're interested in developing a new marketing campaign, speak to us at Print It! today. We'd be happy to help you get started.
Posted by Mike at 3:54 AM