Business Lessons You Can Learn From Film and Television 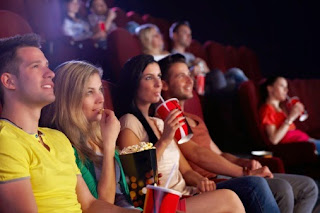 Inspiration can come from many places. While it's always important to look toward successful leaders to see what you can do to better yourself and your organization, you can also find tips in the most unlikely of places, including film and television. While certain fictional characters may seem like little more than "kids stuff" on the surface, entertainment is actually filled with budding entrepreneurs, successful businesspeople, and everyone in between.

If you've only known Lex Luthor as a "mad scientist" who will do whatever it takes to stop his arch rival, Superman, you haven't been keeping up with the character for the last several decades. In the classic Richard Donner film, Superman, Luthor's plot involves buying up thousands of acres of worthless Arizona desert that will eventually be transformed into a "new West coast" of high-priced real estate after he separates California from the rest of the U.S. by way of his dastardly plan.

Though Superman thankfully puts a stop to him before that can happen, the business lesson here is abundantly clear. Luthor recognized an opportunity in real estate (or, as he so eloquently put it, "the one thing they're not making any more of"). He thought outside the box and was able to find a new way to penetrate an existing market, which is something all business owners should be doing on a daily basis. Even though his target market seemed impenetrable, he was able to put a bold new slant on an old idea just by embracing unique possibilities.

2. The Avengers - The Importance of Teamwork

One of the most amazing things about the 2012 film The Avengers is the important business lesson inside. From the moment these heroes get together, all they do is bicker. Instead of saving the world, much of the first part of the film involves them arguing with one another to the point where a villain is able to execute the vast majority of his master plan while no one's even paying attention.

The business lesson from The Avengers, however, rests in the third act. Separately, each hero could not complete the mission before them. Only by properly teaming together and utilizing their complementary strengths were they able to form something much bigger than any one person. It's the same thing you need to be doing in business on a daily basis. Your team members are there for a reason. Everyone is good at something. Recognizing those strengths is what drives success.

3. Wile E. Coyote - There Is No "Magic Bullet" In Business

Wile E. Coyote is known for many things, including being a textbook illustration of what not to do in the world of business. As Wile E. Coyote attempts to capture his arch rival, the roadrunner, he keeps trying to do so with a single solution. Sometimes that solution takes the form of an Acme rocket that explodes too early or an anvil placed in just the wrong location.

The business lesson here is startlingly simple and amazingly important at the same time. If you depend on one single "magic bullet" solution to achieve business success, you're never going to get what you want. Such a solution doesn't exist. Putting all your eggs in one basket, so to speak, isn't the way to run a successful business. It's gambling that will never quite pay off. You can't expect any one single move to rocket your business into the stratosphere. Instead, you need to have backup plans for your backup plans and (most importantly) patience.

You really never know where inspiration might rear its head. One second you might think you're only watching a diabolical villain trying to pull one over on the last surviving son of Krypton. But before you know it, you realize you're actually watching a master businessman at play. Important business lessons can come from even the most unlikely places. You just have to make sure your eyes are always open and you know where to look.
Posted by Mike at 12:00 PM