Where are the budding stars at your company? 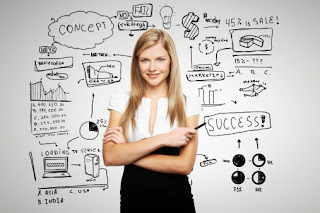 The answer is simple: They're everywhere. And it's up to you to find them.

In his biography of Bill Russell, author Murry R. Nelson writes about the NBA legend's athletic struggles in high school and about one teacher/coach who helped to bring out the best in the young man others had overlooked and taken for granted.

After failing to make the school's football team, Russell decided to try out for basketball instead. There were 15 spots available on the junior varsity team, and Russell, who had never played organized basketball before, was number 16 on the depth chart. But his coach "saw something in him as a person" and allowed him to split time with another player in order to make the team. He also helped Russell join the local Boys Club, where he could "practice his game on an indoor court."

"In return for the faith and 'investment' [the coach] made in him," Nelson writes, Russell "provided a constant drive and energy on the basketball court." What's more, he began practicing hard throughout the year and was able to make the varsity team his senior season.

Bill Russell would go on to enjoy a Hall of Fame career in the NBA, where he led the Boston Celtics to 11 NBA titles over the course of 13 years.

Just as faith from a coach helped to mold a young Bill Russell's career path, guidance and mentoring are valuable training tools in business, too. Providing team members with the resources and skills training needed to succeed at their jobs can make a difference not only for the individuals you're helping but also for the company (and team) as a whole. After all, who knows what potential "all-stars" might be waiting to be discovered on your team. All they need is a chance to shine.
Posted by Mike at 9:16 AM