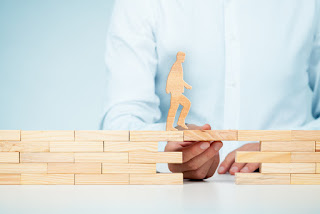 The winter of 2013 was a hard one for Georgette Carter.


As a single mom raising two young boys while she cared for a father with dementia, money was very tight. Then, she totaled her car and found her resources – and her hope – were nearly gone. That is, until a 1996 blue Ford Contour arrived from the Connor Brother Collisions "Recycled Rides" program.


Conner Brothers of Richmond, VA, overhauls donated cars and awards them to people who have been nominated by community members. Carter said her heart was rehabilitated almost more than the car she received:


"It turned my life around. I can get to my job on time, and I don't have to maneuver to get my child out of daycare. I'll never take that for granted again."


Small businesses like Conner Brothers are creating innovative giving models that not only impact people but strengthen the business and the character of the companies themselves.


Kevin Conner said his company donated its first car and was looking to extend the "Recycled Rides" program to three other locations, but they had some pushback in the process. Some objected to giving away freebies when they were working so hard to earn a living themselves. But Conner says this mentality changed when employees got physically involved because compassion comes from being part of an experience instead of merely giving a donation:


"I got them involved in actually giving the cars away, handing over the keys," Conner says. "Now the guys at the shop call me and ask, 'When is our next car?' It would be easy to give money or a service here or there, but it's the teamwork behind the program that creates an amazing atmosphere for a successful company."


The car giveaways have become such a cornerstone for Conner Brothers that the program helps define the type of employees the company wants.


"Giving back is a huge part of our company," Conner says. "I challenge the guys every day to give back in some way, to give customers more than they expect. People remember that."


Another giving strategy comes from literal pocket change, as givers round up or down for charity.


For example, the ridesharing company Lyft recently launched an initiative allowing customers to round up their fare to the nearest dollar for military appreciation and human rights campaigns. More than 40,000 passengers donated over $100,000 in the first two months!


Grocery stores, mass merchandisers, and retailers have also invited customers to donate change to worthy causes. As technology and digital platforms make such giving easier, small businesses have challenged staff members to round down their net pay to the nearest dollar (or tenth dollar) and give the difference to charity. While painless or even unnoticed, these small donations add up to a collective impact with heartfelt results.


Whether your employees give financially, volunteer together, or embrace a community partnership project, innovative giving helps your business to:


While generosity begins in the heart, often innovative giving strategies begin with small business. Join us for part two of this series to gain more inspiration for a culture of charity that will strengthen your business.