Change Your Leadership Style to Match Your Company's Vision 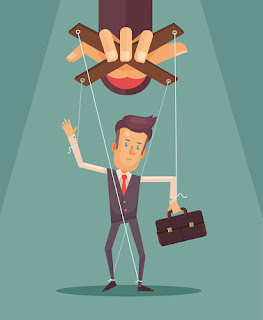 Nobody likes being told what to do. It rarely matters who is doing the telling, you just feel that tension rise in your neck and a little rush of adrenaline as your inner 2-year old shouts, "You're not the boss of me!" Then, that thought that you're an actual adult enters your mind and you usually do what you're told, because inevitably, the person telling you what to do is technically the boss of you in some fashion.

When it comes to getting things done in business, someone has to be told what to do, otherwise, nobody would know what to do, right? While this statement has some truth to it, there are effective ways that you can direct people without channeling your inner dictator and incurring the seething wrath of your employees.

Successful leadership styles are not the same as they were twenty years ago. Employees no longer respond favorably to top-down directives. They want a more collaborative environment where their ideas are valued. They want to feel as though they have some sort of stake in the game. If you see your company as the next Google or Zappos and want to attract and retain the talent to match, you may already have that inkling that autocratic and directive leadership styles just will not do.

Today's employees are more responsive to a democratic and more participative leadership style, where creative thinking and individual ownership of projects is emphasized. With this type of leadership style, it is not the leader or boss who is central to the decision-making process, rather, it's the group. Think podium dictatorship versus collaborative round-table.

For an example of this, imagine your company designs and builds laptops:

Podium Dictator calls a staff meeting and tells everyone that this year they want the new model to be something no one has ever seen before. Something game-changing. That is why this year you are going to build triangular-shaped, green laptops. Collective eye-rolling ensues and everyone files back to their desks like prisoners in a chain gang. These employees will either polish up their resumes or begin the soul-sucking task of putting a bad idea into production.

On the other side of the coin, the round-table leader asks for a meeting and describes the grand vision - the design of a game-changing laptop. Regardless of how badly this leader wants a triangular-shaped, green laptop, this leader understands that they have a creative and powerful team of designers who know what game-changing really means. This leader asks for ideas. The designers around the round table feel empowered and their creative juices start to flow. Concepts are thrown up on a white board. Truly revolutionary ideas begin to form. There may even be some green involved...

You can see the difference pretty clearly, right? The collaborative leader has just empowered the group to create while the dictator has told the group what to do. Who will have the happier employees and the better product?

This new generation of leaders is able to hire talent that fits well within this new working model. They are able to clearly articulate their vision, manage expectations, and keep the project on track within that vision. They also have the self-control to allow the process to happen with the team that they've built. Micromanagers need not apply. When employees feel they have more control over their working environment and schedule (within the confines of the greater vision, of course), they truly want to make the company's vision a reality.
Posted by Mike at 5:06 AM